ALA SpA’s main goal has always been that of achieving and keeping a high quality standard; it has been attained thanks to an extensive experience in this field, a high professional level and a know-how adequate to market demands. This goal has led the company to follow the procedures bound to the Certification of the Quality System according to ISO 9000 rules, that involved important investments and a considerable amount of work from the whole staff. All these efforts have been crowned with success when ALA obtained in 1998 the ISO 9002 Conformity Certification and in April 2010 the UNI EN ISO 9001:2008 rule Conformity Certification. In June 2017, the Company also obtained the UNI EN ISO 9001:2015 certification.

The European Parliament and the European Union Council have adopted the n. 305/2011 Regolation, better known as Construction Products Regulation (CPR). The Regulation, published in the European Union Official Journal, has already entered into force. The new CPR repealed the Directives 89/106/EEC (CPD) entered into force on 01/07/2013. The main innovation of the CPR is the Declaration of Performance (DoP) which replaces the Conformity Declaration and that must be provided with the products. EN 1856-1 and EN 1856-2 rules concern all metal flues. Since March 2006 ALA spa has been certifying its products under EN 1856-2:2004 and relative adaptation to EN 1856-2:2009. Since September 2009 all products have successfully passed the resistance against corrosion V2 test provided by the EN 1856-1 and EN 1856-2 rules and the consequent updating.

It is possible unload the certificates in French, English, German, Romanian and Spanish languages through the registration in "Download" area.
As indicated in the current regulations UNI EN 1856-2 and UNI/TS 11278 (2017) paragraph 6.4.2 drawing 9, also quoted to UNI 10683, the minimum requirements for smoke ducts marked Vm are clearly indicated in the mentioned table including the permitted materials and respective minimum thickness. We therefore suggest the use of marked products V2 (maximum resistance to corrosion). Our enamelled products are all marked V2. 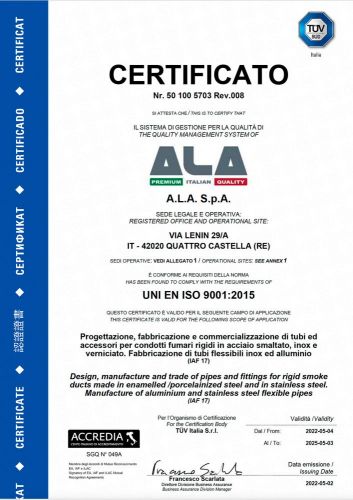 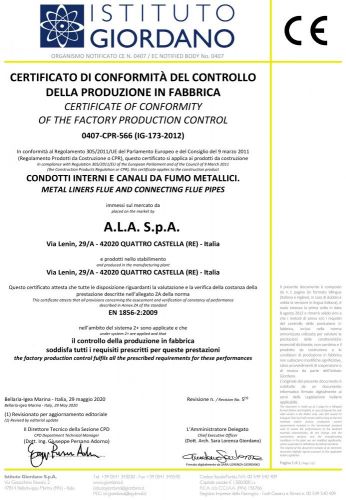 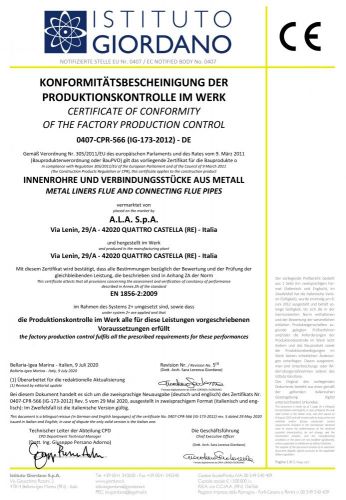 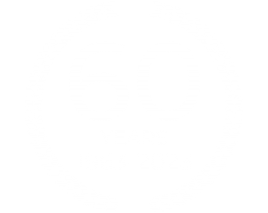